3 Top tips: how to be yourself on video 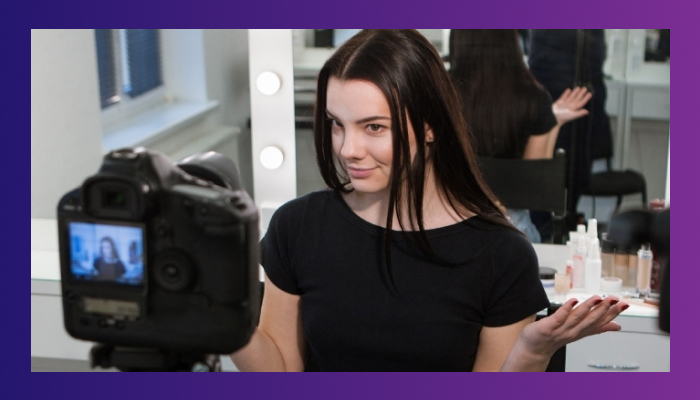 "As soon as you start reading from a script, this becomes obvious to your audience and you lose your ability to engage fully with them."

Why is it so hard to be yourself on video?

When I first started doing videos, as soon I hit the record button something strange happened to me. I went into ‘presenter mode,’ I spoke with a really blank face and a monotone voice.

It just wasn’t me!

So I decided to get to the bottom of this and quite quickly began to speak more naturally on video.

Before going into my three top tips, the first thing to consider is why you find it hard to be natural on camera. One reason is that you can feel really self-conscious and a blank face and a monotone voice can be an effect of feeling self-conscious.

Another reason is that you can feel worried about being judged and therefore try to speak like someone else rather than being yourself. Remember your audience is there to listen to you!

Let’s take a look at the three top tips:

The first tip is to imagine that you are speaking to a friend or colleague when you speak into the camera. If it helps, put a photo of a someone you know just by the camera and talk to them when you make your video.

That’s definitely not the face you want for the camera, right? That might seem obvious but it’s surprisingly difficult to speak energetically and enthusiastically whilst alone in your room, face to face with just your laptop or smartphone.

So, remember that when you’re speaking into the camera you need to make a bit more effort to bring more energy into what you say. It helps to imagine that you’re speaking to a friend that’s in front of you.

Avoid reading or memorising from a script

The second tip is not to read from a script or memorise word for word what you’re about to say.

As soon as you start reading from a script, this becomes obvious to your audience and you lose your ability to engage fully with them.

If you memorise your script then you won’t appear natural on camera and you certainly won’t speak like you would normally speak. You would never normally have a conversation with someone whereby you memorised exactly what you were going to say beforehand!

Now this can be challenging because how can you then say all that you want to say. Of course you can edit it loads and then put it all together.

However, it’s a great time saver to be able just to speak for at least a minute or two on the topic of your choice. I always think it looks better that way rather than saying a two second line followed by another few seconds.

The best way to remember your point is to write down three sub points for each point that you want to make, just enough to jog your memory into saying more about the topic.

Write it on a sticky note and place it by your camera. That way you can take a sneaky glance at it when you need to. And no, you don’t need to stare continuously into the camera, you wouldn’t do that speaking to a friend, (unless you really wanted to freak them out!)

Aim to speak naturally and that means keeping eye contact with the camera the majority of the time with occasional glances elsewhere.
Most importantly use a few bullet points so that you don’t need to read or memorise a script.

Practise, then evaluate your videos

The third top tip that I’ve learned along the way is to record, practise and evaluate your own videos. The more you practise and record yourself on video, the more natural you will appear.

Practise lots and evaluate your own videos. If you know other people who are also doing videos, then ask for their comment and feedback to help you improve on your presentation skills. You can also evaluate other people’s videos and apply what they did well to you own videos.

Just to recap on the three top tips:

If you implement this, you will definitely start to be significantly more engaging in your videos. Remember, your audience clicked on your video to hear what you have to say and to learn more about how you can help them so be yourself and let them see what you’re about.

I hope that helps in your journey to making amazing videos for your audience.
Now be yourself when you take action! Do your video using these three tips – it will take a bit of practice so be patient with yourself.

Are you ready to speak with confidence on camera, position yourself as an expert and attract your ideal client? Your business needs you to speak up for it!

PrevPreviousWhy it’s so hard to be yourself on video
Next5 Steps to overcome your fear of public speakingNext
Share this post: 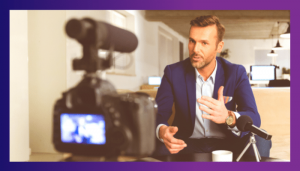 Speak with impact on camera and attract your ideal clients

I even know some confident public speakers who are happy to speak from a stage in front of a couple of thousand people but won’t do videos of themselves. Speaking on camera can bring up unique worries so it’s something to work with. 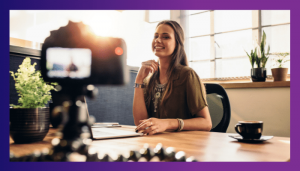 Camera shy? Presentation tips to speak like a pro on your videos

It’s about grabbing and holding the attention of your audience and taking them on a journey with you that evokes interest and emotion. 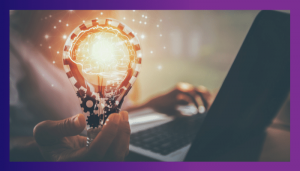 Being clear about your intention, goals and objectives for each video will ensure clarity behind your message every time you speak on camera.

Manage Cookie Consent
To provide the best experiences, we use technologies like cookies to store and/or access device information. Consenting to these technologies will allow us to process data such as browsing behavior or unique IDs on this site. Not consenting or withdrawing consent, may adversely affect certain features and functions.
Manage options Manage services Manage vendors Read more about these purposes
View preferences
{title} {title} {title} 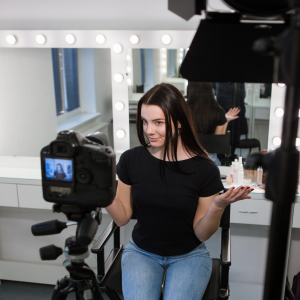 Get your FREE DOWNLOAD of my 3 part video mini-course with workbooks, 3 Keys to Camera Confidence today!